Zoom the image with the mouse

We've created a suit with ultimate flexibility on the upper body and huge buoyancy in the hips and thighs.

Over the years we found we needed to push the search even further, to get the maximum amount of buoyancy in the hips and thighs, but the rules in triathlon limit wetsuit thickness to a maximum of 5mm. So our goal was to push the boundaries to get the most out of this, which led us to the most buoyant material ever used in wetsuit production.

+43™ is the most significant technological advancement in wetsuit materials for over 80 years. Since its inception in 1930, neoprene has been used in many applications. It took until the late 80's for the early triathlon adopters to use versions of smooth skin neoprene, and we asked ourselves why this hasn't progressed?

When tested in our labs we have seen that dimples and contours deliver no benefit to performance. It has taken the constant questioning of the norm, and a multi-year development cycle with our partners in production HD Labs to finally create a material that is lighter, and more buoyant. The result? A groundbreaking 43% more buoyant (than standard neoprene) foam, worth the 80-year wait!

Neoprene will always have its place… well, for now! The Japanese Yamamoto materials we use are perfect for stretch and reach zones, coupled with our engineering and design thought process there really is no substitute, but buoyancy proposes a different set of needs. Where buoyancy for swimming wetsuits is concerned, first there was neoprene, then came NBR, now there is +43™, and we cannot wait for you to try it.

Developed in partnership with Innovate-UK the Measurement of Active Drag (M.A.D) is the ultimate measurement - the holy grail of data for swimmers. How much drag am I creating myself and in differing wetsuits, swimskins etc? There are other methods but none as accurate and precise as the M.A.D system.

Professor Huub Toussaint invented the first M.A.D system 15 years ago, but his learning's and research had him wanting to take it to the next level by using 17 force plates instead of one. With the vision of HUUB and its shareholders, the decision was made to chase the dream and create our very own M.A.D system. No other sports brand has one, and that's what we couldn't get over, how can you make claims without thorough testing? The worlds most advanced M.A.D system resides at our testing facility partnership in Mallorca with BEST swim centre. 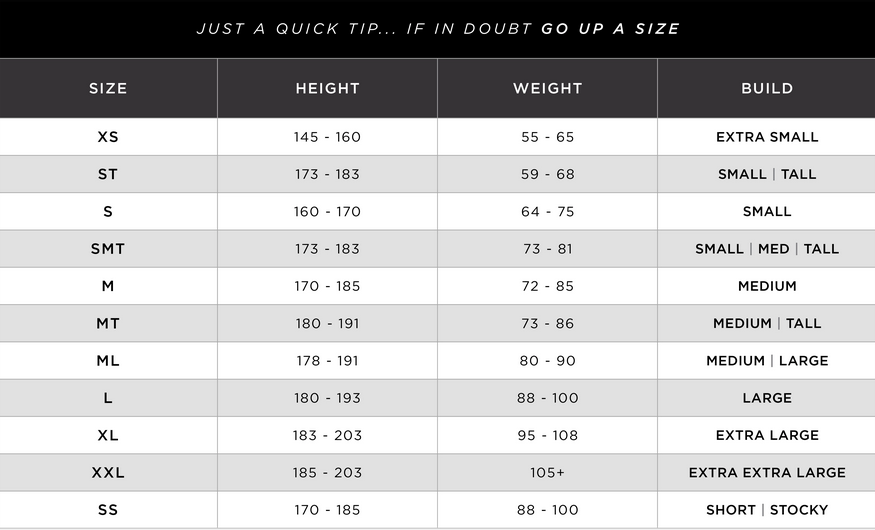 It is vitally important to get a close fitting wetsuit. Once you have an optimally fitted wetsuit on it feels like a second skin which is what makes it so effective when you are in the water. But with a garment that fits so tightly, the challenge is in how to get it on without damaging the suit or chafing or trapping your skin. Adjusting the suit to fit your body comfortably so that it doesn't cause discomfort whilst you are swimming also needs a little practice.

In this video, HUUB's Dean Jackson and Slovak triathlete Richard Varga show you top tips on how to get a close fitting triathlon wetsuit onto your body and how to adjust it for performance.

Returns Policy
You may return most new, unopened items within 30 days of delivery for a full refund. We'll also pay the return shipping costs if the return is a result of our error (you received an incorrect or defective item, etc.).

You should expect to receive your refund within four weeks of giving your package to the return shipper, however, in many cases you will receive a refund more quickly. This time period includes the transit time for us to receive your return from the shipper (5 to 10 business days), the time it takes us to process your return once we receive it (3 to 5 business days), and the time it takes your bank to process our refund request (5 to 10 business days).

If you need to return an item, simply login to your account, view the order using the "Complete Orders" link under the My Account menu and click the Return Item(s) button. We'll notify you via e-mail of your refund once we've received and processed the returned item.

Shipping
We can ship to virtually any address in the world. Note that there are restrictions on some products, and some products cannot be shipped to international destinations.

Please also note that the shipping rates for many items we sell are weight-based. The weight of any such item can be found on its detail page. To reflect the policies of the shipping companies we use, all weights will be rounded up to the next full pound.

Sign up & Get Free Shipping on your first order

We promise to only send you good things